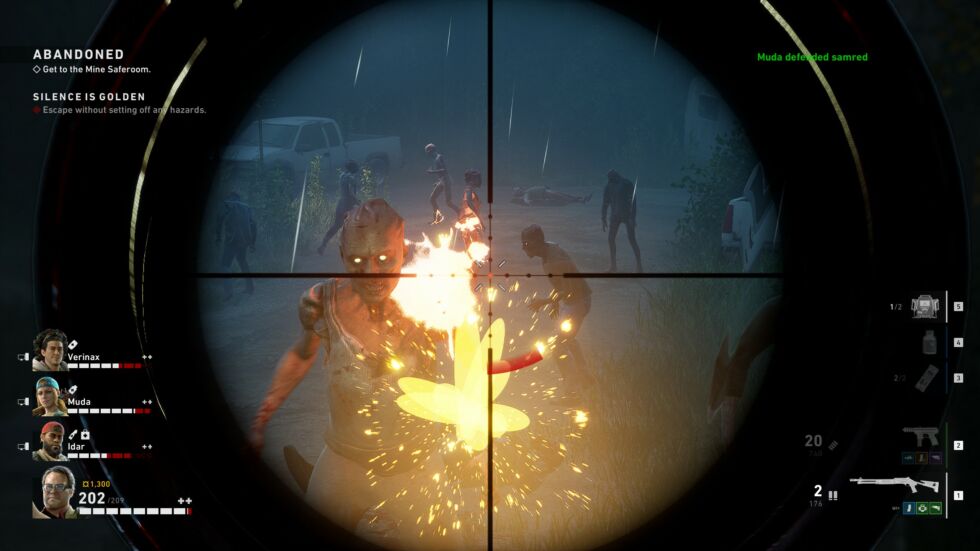 Zombie killing with friends: you’ve done this before, but Back 4 Blood does a lot to make a case for its version feeling surprisingly fresh. [credit:
Turtle Rock / WB Games
]

As the new video game Left 4… ahem, Back 4 Blood shambles its way toward launch later this year, this zombie co-op shooter has entered a state that formally counts as a “beta.” I’ve determined this after about six hours playing the game’s latest test version, now live for its preorder customers (or anyone who’s scored early codes). This version will open up to the public on Thursday, August 12. The PvE and PvP modes I’ve tested feel solid and stable, at least on PC, and they make it easier to determine exactly what Back 4 Blood will feel like as a retail game starting October 12.

In short, Back 4 Blood already feels like the Left 4 Dead series learned how to count to three. You don’t have to squint to see the places where the game lacks some Valve-like magic, but it’s not enough to drag down the bloody good times. Back 4 Blood feels like something approaching a worthy sequel, thanks to a ramping up of engine tech, a clever and fair “card deck” system, and surprisingly entertaining tweaks to humans-versus-zombie PvP combat.

Build many decks, kill many zeds

For a primer, rewind to my December 2020 look at the game’s less-polished alpha version, which sets the stage as follows: