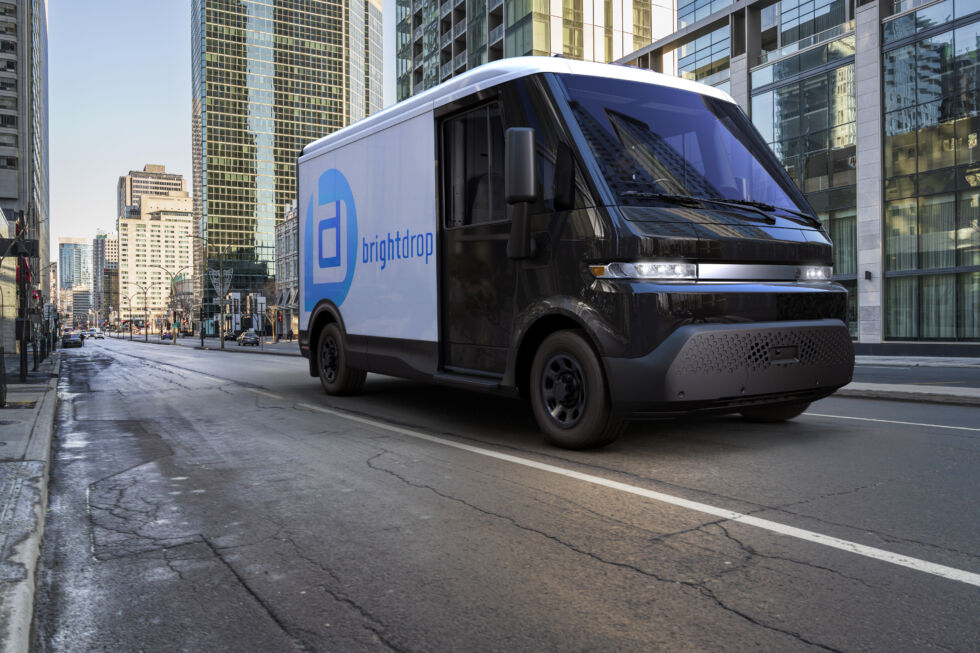 This is the BrightDrop EV410, a new electric delivery commercial vehicle from General Motors. [credit:
BrightDrop ]

In January, General Motors created a new electric vehicle brand. It’s called BrightDrop, and like GM’s legacy brands that are electrifying, it, too, will use the company’s forthcoming Ultium batteries and Ultium Drive electric motors. Unlike the rest of GM’s brands, this one is aimed squarely at the fleet market. At the time, GM CEO Mary Barra revealed that Fedex would be BrightDrop’s first customer. On Tuesday, BrightDrop announced that Verizon will also start using the electric vans.

In fact, Verizon will use a second BrightDrop vehicle, called the EV410. This uses the same battery pack and motor as the EV600 that we saw in FedEx colors at the start of the year. It will also offer the same 250-mile (402 km) range and come with the same package of safety systems. The biggest difference is the size and the amount of cargo each can carry; the EV410 is shorter overall than the EV600 and can carry 410 cubic feet (11,610 L) versus the bigger van’s 600 cubic feet (16,990 L).

Meanwhile, BrightDrop is completing the first production EV600s, which are destined to start work for Fedex this holiday season. BrightDrop has contracted out the initial low-volume manufacturing to an unnamed supplier in Michigan while it refits GM’s CAMI Assembly Plant in Ingersoll, Canada. EV600 production at CAMI is scheduled for late 2022, but Verizon has a longer wait on its hands—EV410 production won’t begin until the following year.

Source: Verizon will be the first customer for BrightDrop’s new electric van