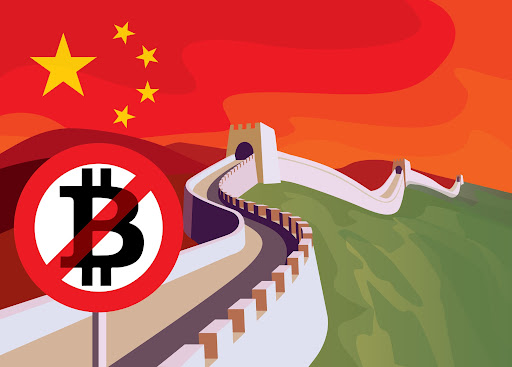 While the cryptocurrency market has recovered from the FUD caused by China’s blanket ban on cryptocurrencies, their real intentions are being revealed.

China began yet another FUD moment for Bitcoin and other cryptocurrencies when the regulatory authorities imposed a blanket ban on all cryptocurrency transactions and any associated business operations on Sep. 24. Earlier this year in June, Chinese authorities also banned the mining of cryptocurrencies, one of the main crypto sectors in the country. However, these two instances are not the first time that China has more than just frowned down upon the cryptocurrency market.

CryptoDaily spoke with Antoni Trenchev, the co-founder of Nexo, a leading digital asset institution, for more context on this ban. He mentioned, “China has issued many bans on crypto in all shapes and forms over the years and hasn’t managed to put a tangible chip on crypto’s shoulders.”

Immediately after the ban, Alibaba came out in support of the ban and banned the sale of cryptocurrency mining rigs and any related equipment to customers based in China. The recent recovery seen in the market marks over a dozen times that Bitcoin and the crypto-verse, in general, have recovered from China’s wrath. This could just go to prove that despite the short-term FUD caused by bans, crypto always seems to prevail.

Trenchev further opined, “The latest ban will not be the final straw for Chinese investors, but it will very seriously hinder their investments in the foreseeable future. Even though Bitcoin will still be available since its decentralized nature doesn’t discriminate on the basis of nationality, accessing, storing, and leveraging it may become near-impossible as exchanges, custodians and lenders pull out of the Chinese market.”

Ever since the advent of cryptocurrencies, China has been one of the regions where mining activity is highly concentrated. As an aftermath of the ban on crypto mining, a large portion of crypto mining already had to migrate out of China a few months ago. This fact is evident once the mining data is closely analyzed.

In the duration between September 2019 and April 2021, the data from Cambridge Centre for Alternative Finance (CCAF) revealed that the Bitcoin mining dominance that China has historically held is seeing a steady decline. The hash rate dominance that China held went from 75% in Sep. 2019 to April 2020. This metric took a further decline from there, going down to 46% in April 2021.

In addition to Bitcoin, the direct impact of the ban is witnessed in the Ethereum blockchain as well. Sparkpool, the second largest Ethereum mining pool after Ethermine, recently announced that they will be suspending all operations. The mining pool controls over 22% of Ether’s hash rate.

Now after the most recent blanket ban, the rest of crypto operations will have to shut down operations, businesses like exchanges, lenders, custodians, and others. An example is Huobi – the biggest exchange currently offering the NEXO Token – which over the course of many months moved its main operations out of China and into crypto-friendly Singapore.

Huobi will allow customers to transfer assets to other wallets or exchanges over the next few months, assuring users that their assets are secure and will not be lost under any circumstances. Additionally, the ban on crypto transactions and business operations doesn’t mention anything about whether users in the region are allowed to hold cryptocurrencies, thus entailing that it is not illegal to hold crypto tokens.

Trenchev spoke on the aftermath of the ban,

“In the days following the ban, the prices slipped slightly following the latest episode of China’s crypto crackdown, but it’s been nothing even close to a mass exodus that could crash the market. In fact, the maturing community is proving panic-free and stable despite the likelihood of many Chinese investors exiting their positions in crypto. Faith in the industry is evident with BTC prices standing strong above the $57,000 mark even after the country with the largest number of potential investors in the world cracks down on crypto.”

Technology Control and CBDC Motives Behind the Ban

This ban is likely part of grander holistic motives that the Chinese government is attempting to achieve with their crackdown on technology companies and digital assets almost simultaneously. The authorities have spent the majority of this year targeting technology companies through a series of legislative actions. The crackdown has impacted leading technology firms like Alibaba, Didi, Huawei, ByteDance, Full Truck Alliance, and Tencent amongst others.

China has been aggressively testing its CBDC, the digital Yuan, a.k.a, Digital Currency Electronic Payment (DCEP) across various regions of the country in a successful manner. This initiative has been highly lauded in the country facing wide adoption to the extent that the Xiaong’an New Area witnessed China’s first blockchain-based salary payment earlier in June this year.

Perhaps a small part of the motivation behind removing crypto from China’s immediate ecosystem is stimulating the digital yuan, but the latest bans on these digital assets are a part of a wider attempt at control in the tech sector which had already impacted other spheres such as gaming – when China limited playing time for children, ride-hailing – when Didi was forced to cease operations, and even last year when Ant Group’s IPO was stopped in its tracks.

In all, the main goal of limiting crypto exposure in China is likely not so much to boost the digital yuan, as it is a means to retain control over their economy which is notoriously less tolerant of the Western laissez-faire mentality.

Opportunity for the United States

This controlling mentality that prevails amongst the Chinese regulatory authorities results in a huge opportunity for any other economy as crypto businesses like mining, exchanges, etc. relocate out of China and find a new home. Along with the pure revenue gains for the nation from taxes, this would provide a boost to various aspects of the economy like employment, innovation, technology infrastructure, a consistent free flow of capital, etc. Various countries like Singapore, United States, India could gain from this move.

However, due to the higher crypto adoption in the U.S., the country could be the top gainer from this shift. Data from CCAF further reveals that the U.S. has the second-largest percentage of the global hash rate. The country’s share of the hash rate has more than doubled from 7% in 2020 to 16% as of April 2021.

Trenchev provides further insight into this opportunity, “The United States and China are each other’s biggest economic competition and the latter missing out on the benefits of crypto might give the US a leg up. Whether they use it depends on their regulators. The back and forth around the US Infrastructure Bill in the last month has shown us one thing: that the States’ lawmakers still have little experience with cryptocurrencies and they must sort this out if they are to pass beneficial crypto legislation for American consumers, businesses, and all parties involved.”

Although, the younger generation of the governance seems like they are opening to embracing cryptocurrencies. Pat Toomey, a junior United States Senator from Pennsylvania and a member of the Republican Party, expressed more on this opportunity for the U.S. on Twitter, saying, “China’s authoritarian crackdown on crypto, including #Bitcoin, is a big opportunity for the U.S. It’s also a reminder of our huge structural advantage over China.”

In anticipation of this ban considering the various FUD announcements regulatory authorities had made in China, crypto exchanges and businesses based out of the country began to work on their global strategies to expand their market presence. The primary example of this is Huobi Global, the largest cryptocurrency exchange in China.

The exchange reported that the business outside China accounts for almost 70% of the platform’s entire portfolio. In the latest development, Bitmain, a manufacturer of cryptocurrency mining equipment in China stopped selling Antminer rigs in China as a result of the ban. They will continue operating in other neighboring regions like Hong Kong and Taiwan.

This indicates that this time China’s regulatory authorities are extremely serious about the ban and plan to enforce it in a strict manner so as to discourage potential offenders from flouting or circumventing the law. However, market reports have revealed that even though crypto exchanges have stopped allowing users to transact in cryptocurrencies over exchanges, the over-the-counter (OTC) desks for the markets are still functioning like before. OTC desks are often the choice of investing for institutional investors in order to minimize the price impact of the large orders on the related tokens.

As Chinese authorities continue enforcing businesses to shut down and even stop provide any infrastructure to crypto firms, the truth of the matter is that this is only the country’s loss in the long run as they would be setting themselves back as compared to other countries that would be more than eager to gobble up the parts of crypto pie China just put up for the taking.

Disclaimer: This article is provided for informational purposes only. It is not offered or intended to be used as legal, tax, investment, financial, or other advice.

Source: China’s Crypto Ban – An Extension of the Tech Crackdown